Due to the evaluation of mobile devices and applications in the current decade, a new direction for wireless networks has emerged. The general consensus about the future 5G network is that the following should be taken into account; the purpose of thousand-fold system capacity, hundredfold energy efficiency, lower latency, and smooth connectivity. The massive multiple-input multipleoutput (MIMO), as well as the Millimeter wave (mm Wave) have been considered in the ultra-dense cellular network (UDN), because they are viewed as the emergent solution for the next generations of communication. This article focuses on evaluating and discussing the performance of mm Wave massive MIMO for ultra-dense network, which is one of the major technologies for the 5G wireless network. More so, the energy efficiencies of two kinds of architectures for wireless backhaul networks were investigated and compared in this article. The results of the simulation revealed some points that should be considered during the deployment of small cells in the two architectures UDN with backhaul network capacity and backhaul energy efficiency, that the changing the frequency bands in Distribution approach gives the same energy efficiency reached to 600 Mb/s at 15 nodes while the Conventional approach results reached less than 100 Mb/s at the same number of nodes. 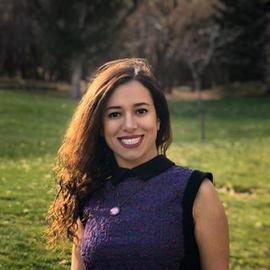